Rumored to be among the best – Finals, an online and print zine is bringing sexy back with blogging galore from 2009 and a bitty website from 1999. Think 90s fandom, all the Myspace era feels and MTV when it was really MTV. They’re an eclectic collective, to say the least, and have some bleeding edge coolness. 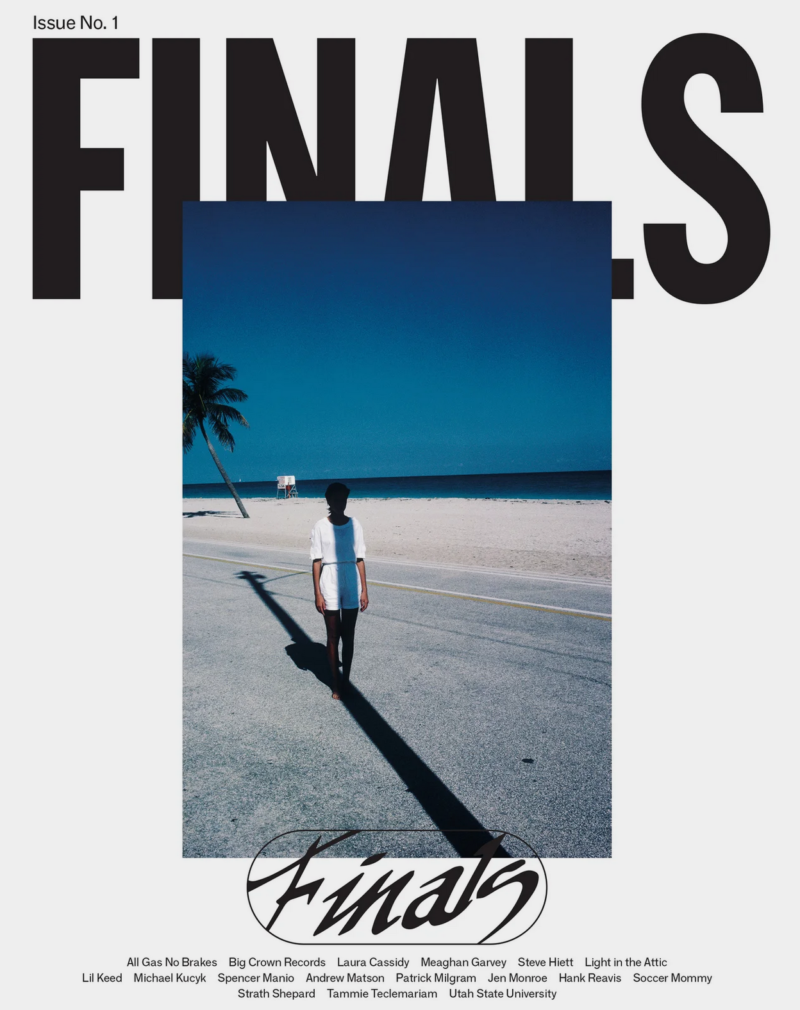 Finals issue no 1 is a 44 page full-color print zine edited by Andrew Matson and Spencer Manio with Ryan Diaz on the design decks. Unlike other zines, Finals has a spine and is produced in a limited run of 100 copies. The issue no 1 covers feature photography by Steve Hiett, as well as a Hank Reavis studio shot. It’s the perfect stocking stuffer and as Finals explains, the zine is recommended for fans of short Q&As, long reads and beautiful stuff to look at.

The debut issue features a mix specially written for Finals by Soccer Mommy, racy pin-up illustrations by Meaghan Garvey and a handful of contributions by All Gas No Brakes, Big Crown Records, Light in the Attic Records and many more. A “question and answer” with Tammy Teclemariam by Angela Garbes reveals Tammie’s fearless activism against racism and misogyny in food and wine media, as well as her very trustable taste.

Beyond the analogue realm of Finals, the blog is all sorts of intrigue, exploring the most unpredictable of fashion trends like chef pants for non-chefs and creepy Instagram algorithms. The Michael Jordan x Nascar collaboration is popped in for good measure, along with the history of high performance driving shoes. You can also peek the punk rock quilts inspired by Alabama’s historic Gee’s Bend and dig into where to buy five pounds of Ethiopian green coffee from.

The blog is also packed with rare music finds like the Seattle-via-Grand Rapids producer Sango’s Brazilian beat albums, 16yrsold aka Sig’s Mariah Carey riffs, Lil Yachty, Skullcrusher and others. The shop is vintage, naturally, with a Vintage ASR-10 piano on showcase, a classic sampler in perfect working condition that can “chop beats like Old Ye.” There’s also a vintage Rawkus hoodie up for grabs if you want to “throw it back to the motherfucking Murdoch-funded underground!”