THE QUOTIDIAN CAFFEINE FIX IN SEOUL

There are no coffeeholics like Seoul’s coffeeholics. From pared back and homely cafés to the most eccentric of coffee shop concepts around, South Korea has something for everyone when it comes to the quotidian caffeine fix. The major coffee capitals in the world have nothing on Seoul – this city is number one and is setting the benchmark across the board.

The history of coffee dates back to the 15th century, and possibly earlier, with a number of reports and legends surrounding its first use. The earliest substantiated evidence of either coffee drinking or knowledge of the coffee tree is from the early 15th century in the Sufi monasteries of Yemen followed by its spread to Mecca and Medina despite bans by religious leaders.

By the 16th century, it had reached the rest of the Middle East, South India (Karnataka), Persia, Turkey, the Horn of Africa and northern Africa. Coffee then spread to the Balkans, Italy and to the rest of Europe, as well as Southeast Asia and later by the Catholic Church.

If you don’t know, now you know. South Korea is a full-blown coffee haven, far exceeding any notions of kimchi-eating, sriracha and tea slugging. In fact, coffee shops in Seoul reached a whopping 18,000 spots in 2016, surpassing the coffee-per-capita in Seattle and San Francisco.

You can thank the year 1896 and Antoinette Sontag, the German sister-in-law of the Russian consul general at the time, who offered the Emperor Gojong his first cup of joe. Needless to say, he was hooked from first sip and the rest is history.

Sontag Hotel (in Hangul: 손탁호텔) was the first European hotel in Seoul, Korea built in 1902. The 25 room hotel was bestowed to the German Russian Antoinette Sontag by Gojong of the Korean Empire. She was the sister-in-law of the Russian ambassador Karl Waeber. It is said that she could speak German, Russian, English and also some Korean, gaining wider acknowledgement from the royal family. However, she was almost expelled from Korea when Japan took control of the Korean peninsula before the annexation. The hotel was sold in 1917 and eventually demolished in 1922.

Moving to the 20th century, Sontag went on to open her first hotel and restaurant aptly named Sontag Hotel, which was a hot spot for all matters of politics and Kaffeeklatsch. In the 1920s, Japanese coffee shops, known as kikdajeom, began to pop up around Seoul and the Koreans opened up shop as well. At the time, kikdajeom were mainly reserved to state officials, the wealthy and literary circles. After the Korean War, true Korean coffee shops took root and were dubbed dabang. They started off as quaint spots with a DJ playing music for younger crowds looking to have a good time while enjoying a piping cup of coffee.

Coffee shops in Seoul reached a whopping 18,000 spots in 2016, surpassing the coffee-per-capita in Seattle and San Francisco.

Fast forward a few decades and the Koreans have gone all out on the coffee front with a seemingly never ending cornucopia of café concepts. When it comes to coffee, the Koreans do it and do it very well, all while being extremely caffeinated. Some people even own cafés as a side stint to their full-time jobs. Korean cafés are considered a “third space,” a home away from home and away from work for that matter. Coffee joints are an intersection of work-life culture and a utopia of sorts to escape the daily grind.

You’ll have to brace yourself for some of the charming yet outlandishly themed coffee spots like the Hello Kitty Cafe or Meerkat Cafe with you guessed it, meerkats, as well as an arctic fox, wallaby, racoon, kitten and a South African genet. Playpens, toys and little houses are scattered throughout the coffee spot to keep the critters entertained. There are obviously rules in place, such as no children under the age of 15, slipping your shoes off upon entering the coffee shop and sanitizing your hands before petting the animals. If you thought you could swing by and just check out the animals, think again, you will have to fork up some cash and grab a drink first.

Coffee joints are an intersection of work-life culture and a utopia of sorts to escape the daily grind. 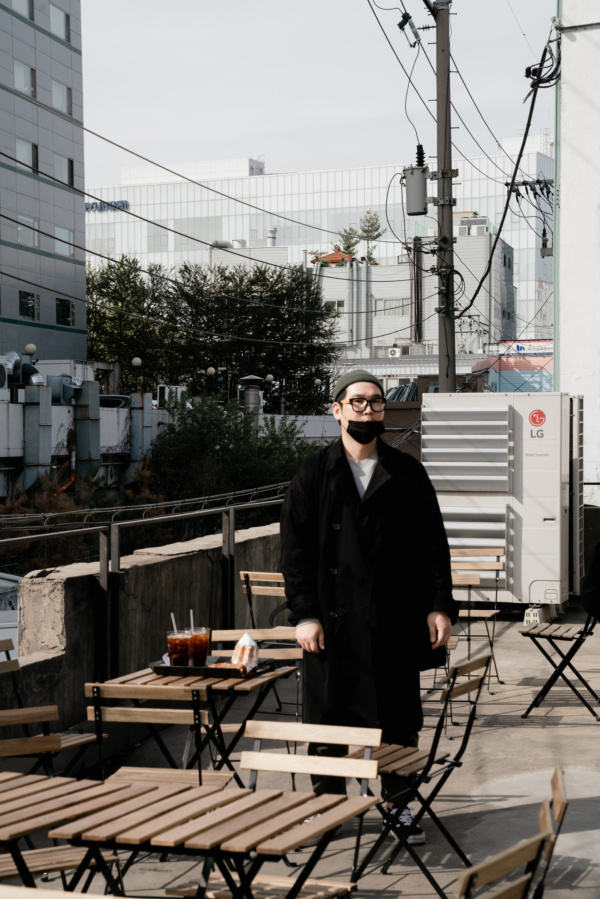 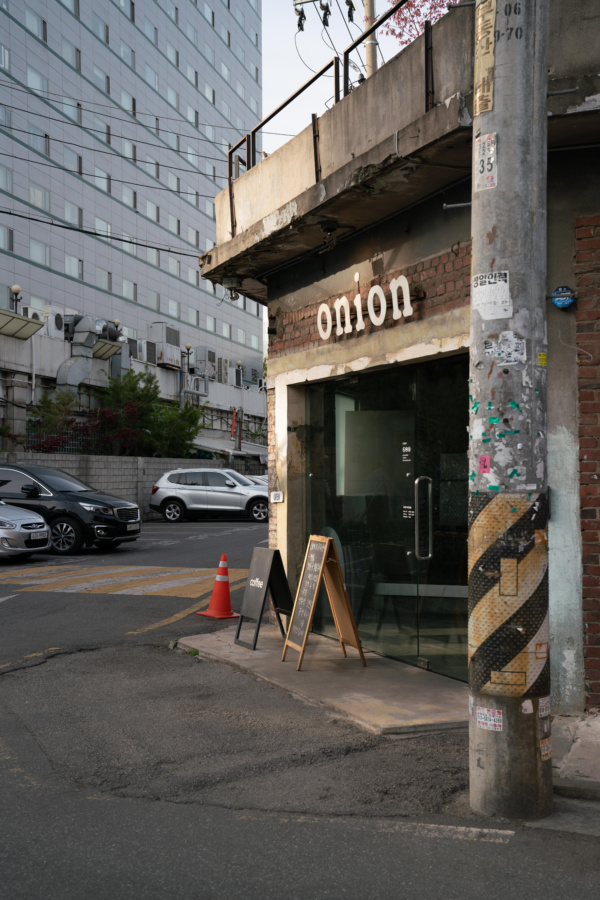 Onion Seongsu in eastern Seoul, IS the “Brooklyn of Seoul.”

If exotic animals aren’t up your alley, the Bau House Cafe in Hongdae may be a better bet if in need of TLC from some furry doggo friends. For cat lovers, Lily Cat Cafe in Myeongdong is the place to be. Thanks Nature Cafe in Hongdae is where you go to sip a sheep-themed latte and eat a giant waffle in the company of two fluffy sheep named Honey and Sugar.

Beyond barnyard animals, Peach Gray Cafe whips up massive pancakes along with watercolor paints and wet pens to bring out your artistic side. In a similar vein, Takeout Drawing is part coffee joint, part art gallery serving meringue coffee, which literally looks like dessert in a cup. The Storming Ant is also an out of the box coffee concept with an organic black sesame foam and milk topper.

The Get & Show Lego Cafe in Hongdae is a lego emporium dishing up Legoman chocolate desserts with a lego vending machine on the way out for on the whim purchases. There’s also the gaming coffee spot Cafe Oz in Gangnam, which occupies the hearts of emboldened board game lovers. 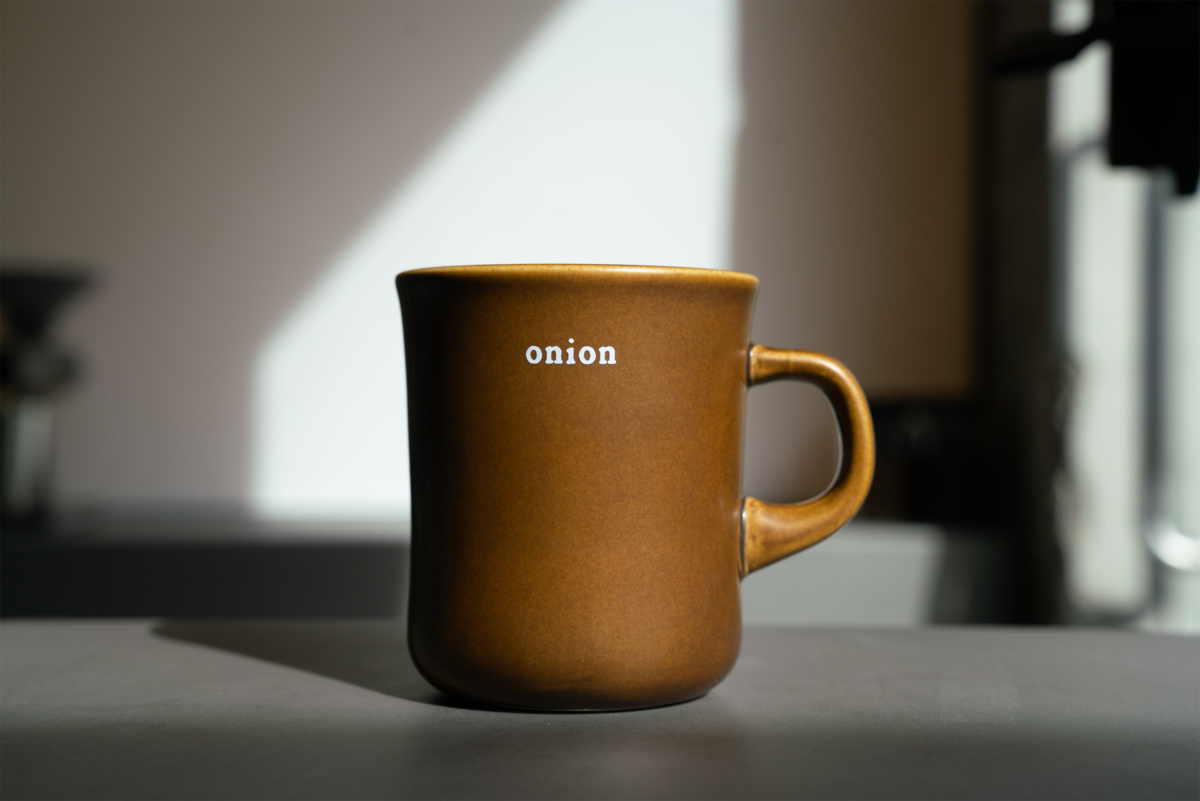 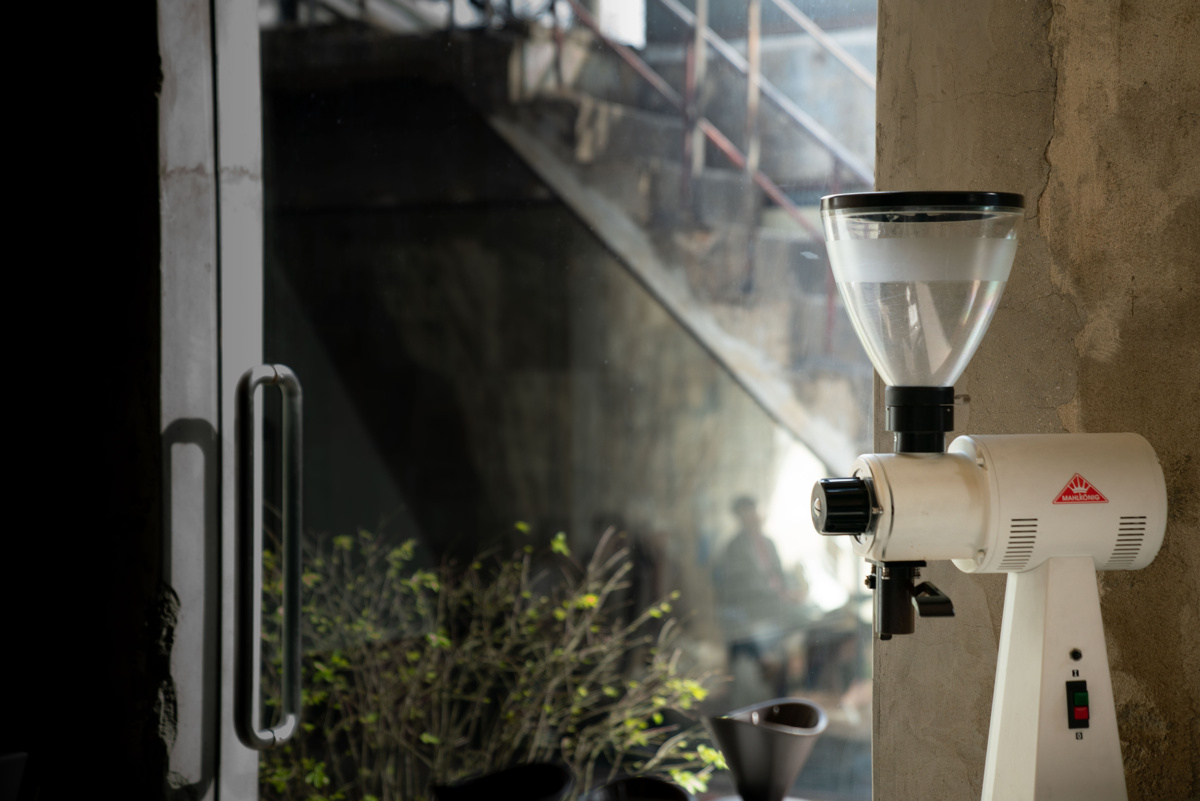 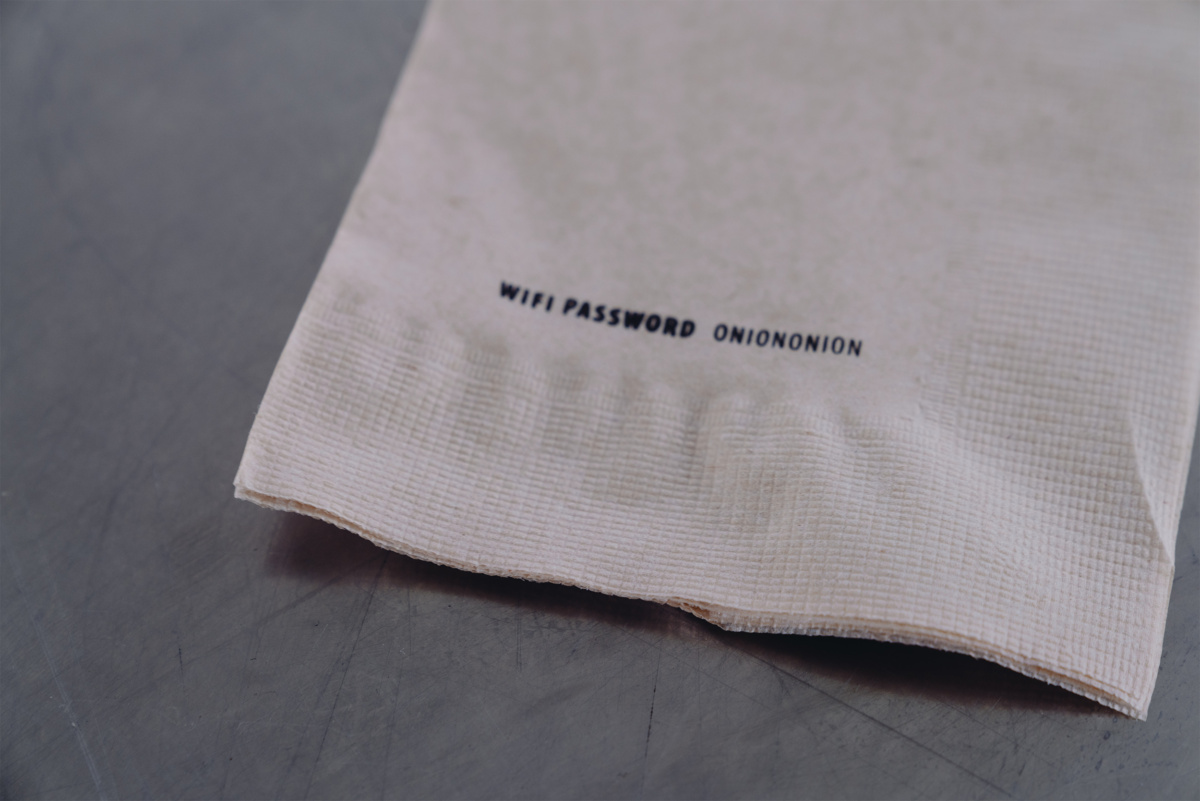 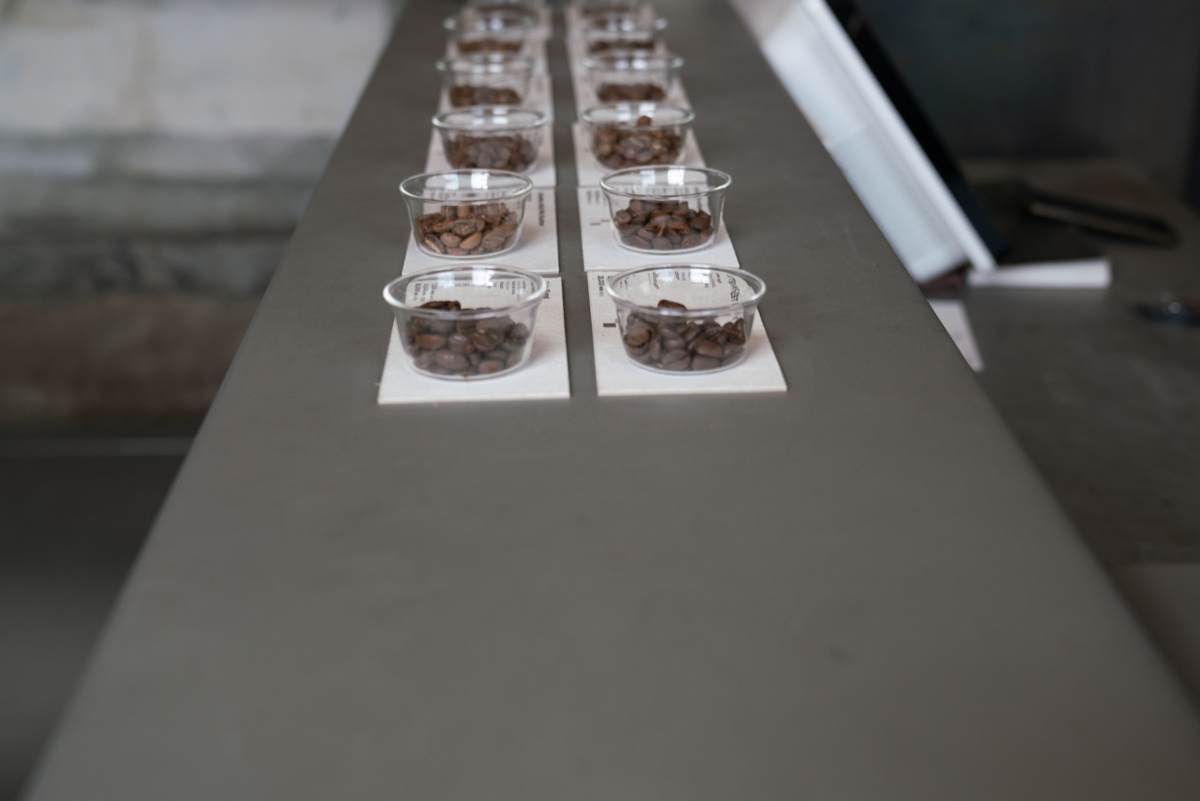 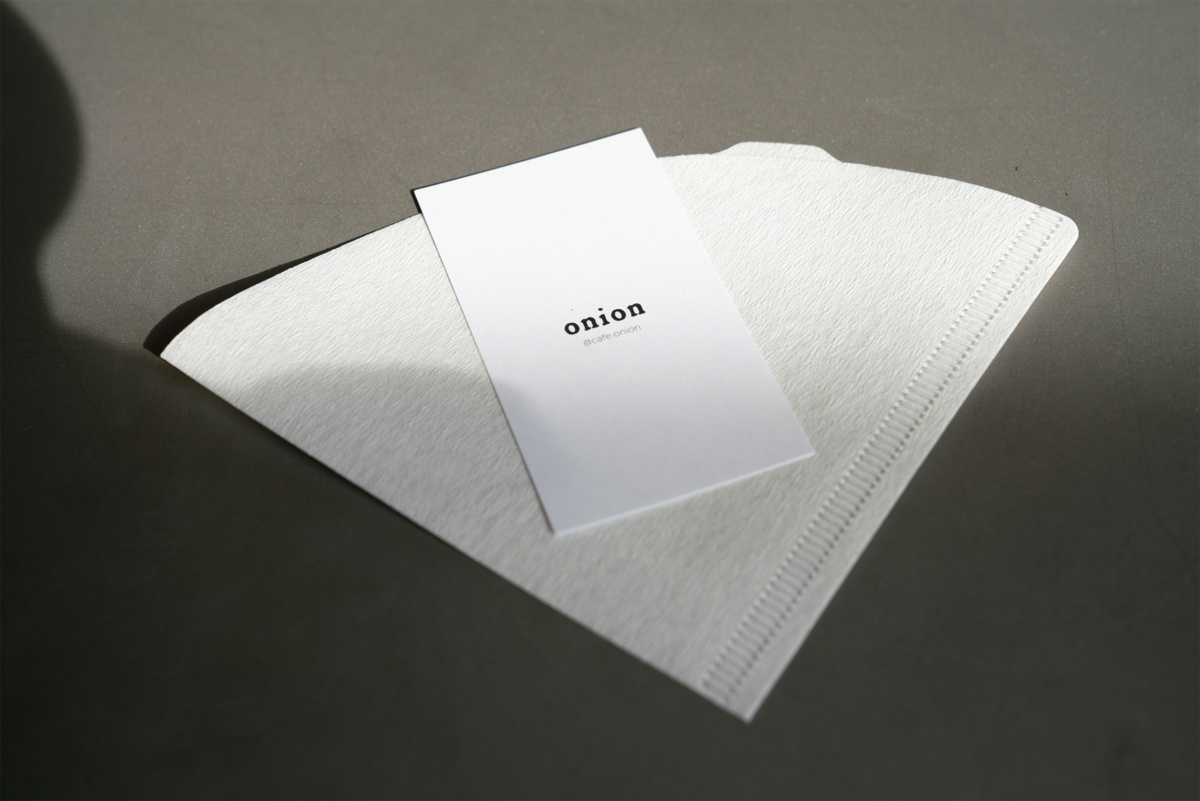 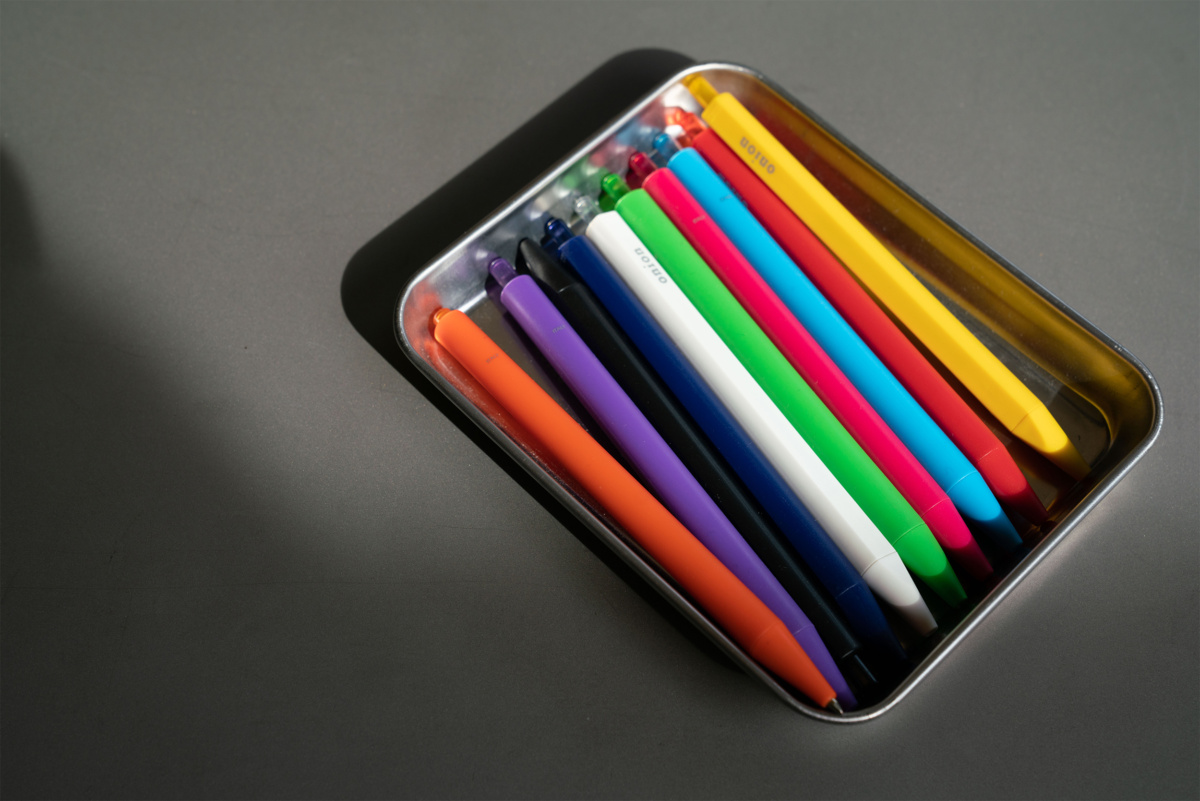 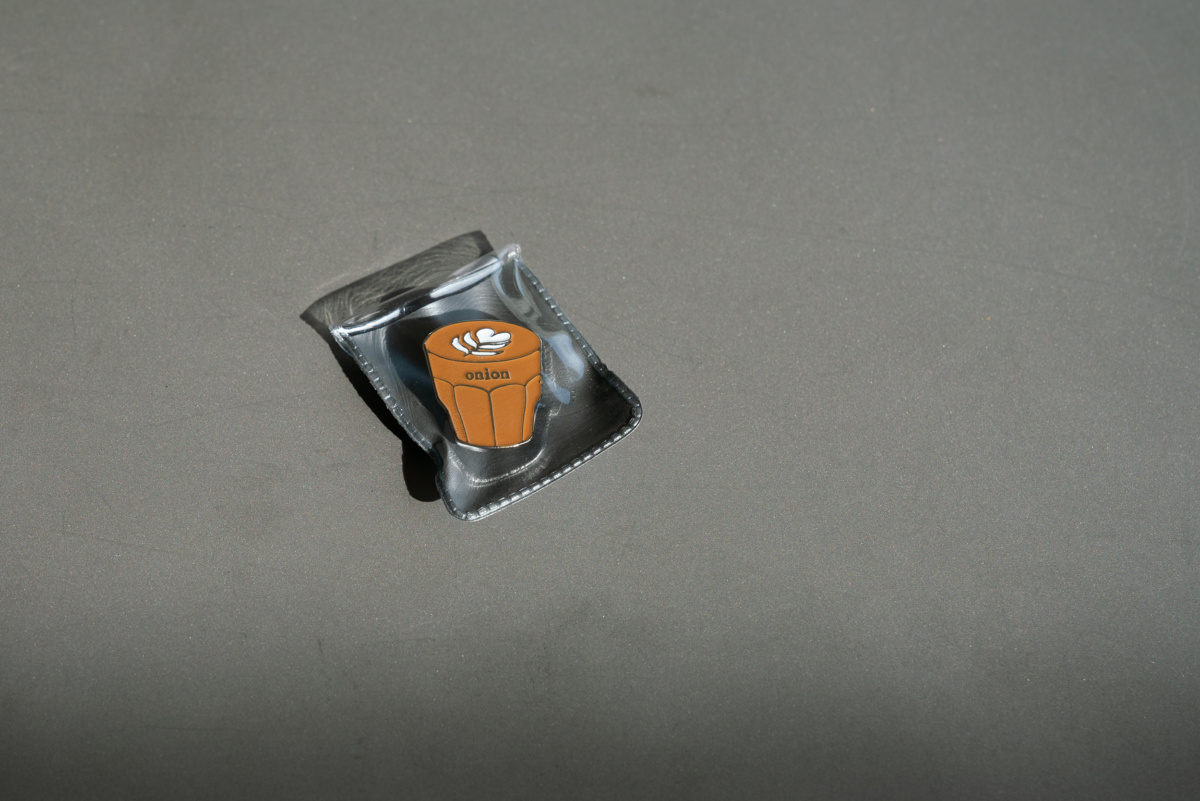 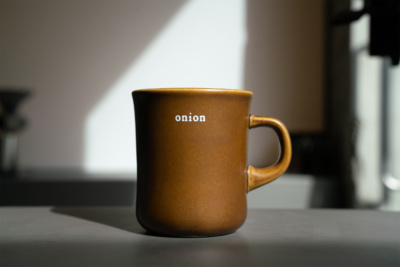 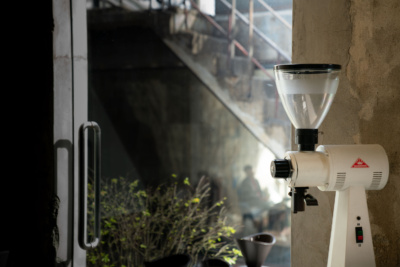 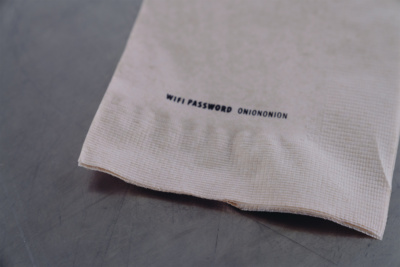 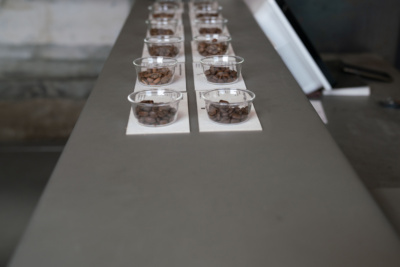 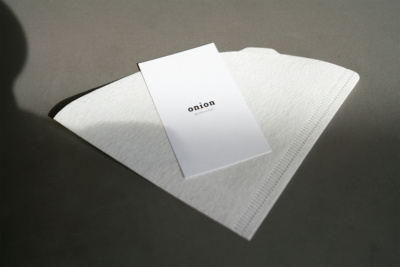 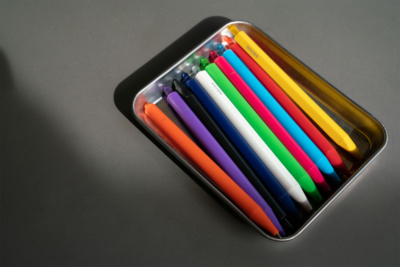 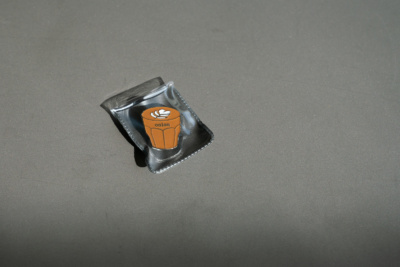 One of the major coffee spots for Seoul’s café hoppers is Onion founded by Yu Zu-hyung. Qompendium met with Zu-hyng in Seoul back in April 2019 and heard all about his foray into the burgeoning coffee scene in South Korea. Originally behind the uber successful e-commerce hub PPB Studios, Zu-hyung told us that he decided to branch out into the world of coffee in 2017.

He opened the doors of Onion Seongsu in eastern Seoul, or the “Brooklyn of Seoul,” repurposing a metal factory to create an industrial chic café with rustic gray walls, monochrome spaces and broad communal tables. As he explains, while taking us on an insider’s joy ride around Seoul, the entire neighborhood is speckled with factories, auto repair shops and shoe-making workshops, but hasn’t deterred the coffee going crowd who views the area as one of the hippest in Seoul. 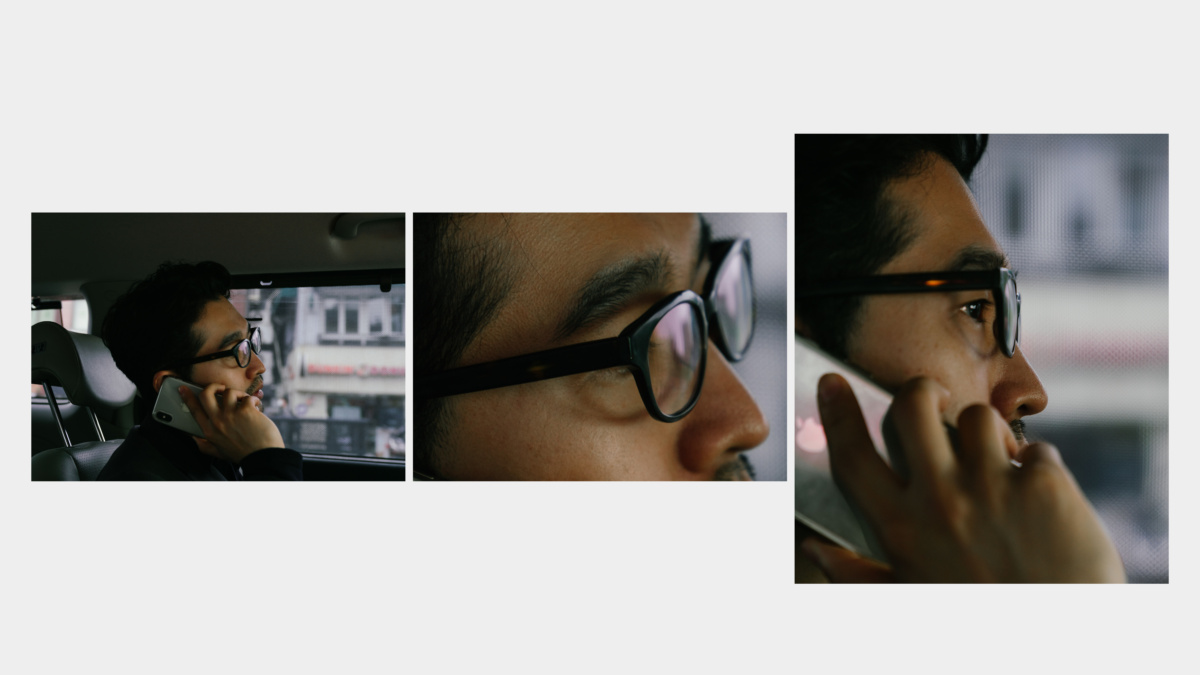 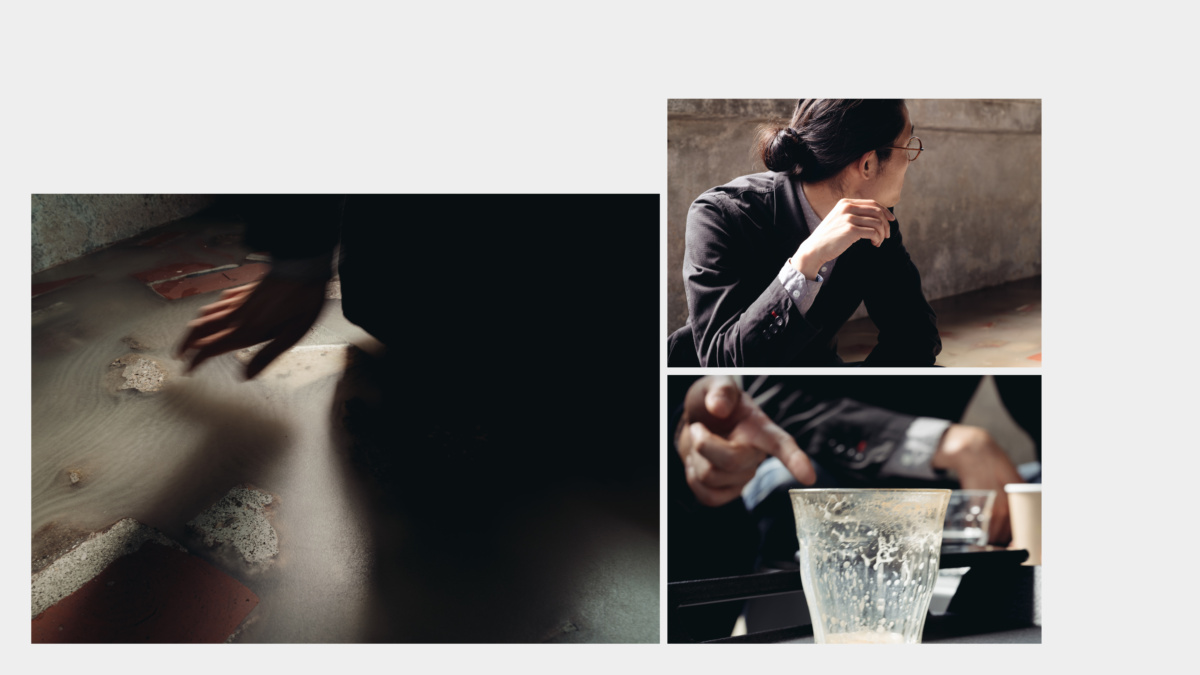 Hanoks were first designed and built in the 14th century during the Joseon Dynasty. Korean architecture considers the positioning of the house in respect to its surroundings, with special thought given to the land and cycling of the seasons. 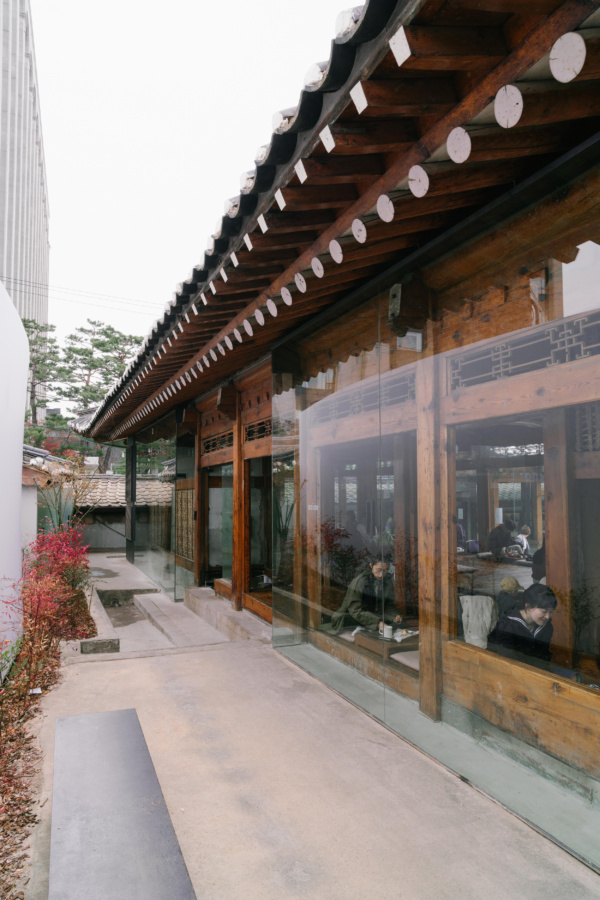 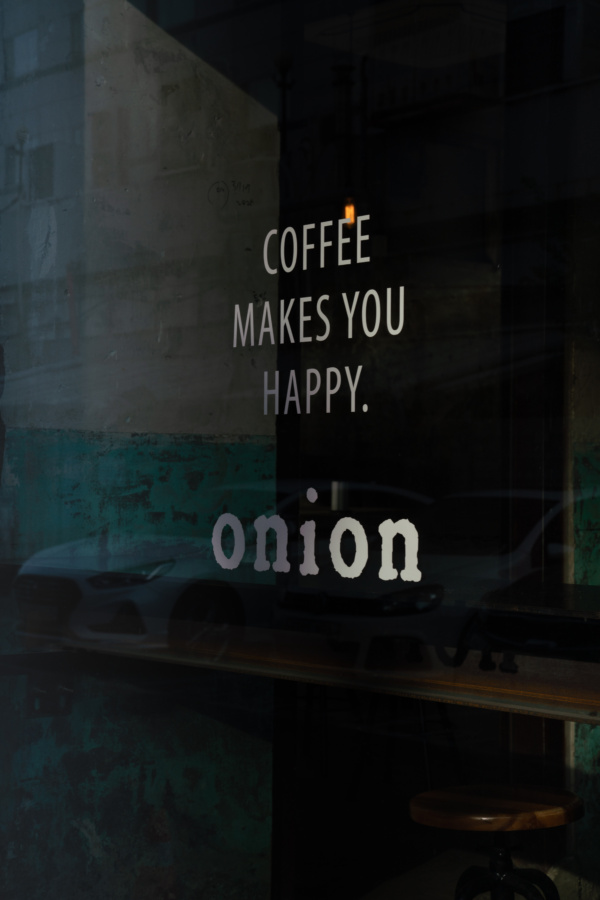 Onion Mia in northern Seoul was opened shortly after, although adopting a more modernist aesthetic thanks to the local architects at Fabrikr whom we had the pleasure of sitting cross-legged with for lunch in authentic Korean style.

For Onion Anguk in central Seoul, Zu-hyung tells us that it was all based on a renovated hanok, or a traditional Korean house. Hanoks were first designed and built in the 14th century during the Joseon Dynasty. Korean architecture considers the positioning of the house in respect to its surroundings, with special thought given to the land and cycling of the seasons. The interior of the house is also planned accordingly. This principle is called baesanimsu, meaning that the ideal house is built with a mountain in the back and a river in the front.

To have your back to a mountain while facing water. This concept is taken from Feng Shui and applies to house placement. A very good example of this is in Bukchon Hanok Village in Seoul.

In the cold northern regions of Korea, hanoks are built in a square plan with a courtyard in the center to retain heat. In the south, hanoks are open and L-shaped. At Onion Anguk, there are some areas where visitors can grab a seat on the floor for a true homely hanok vibe.

Each Onion café is replete with immaculately prepared pastries, as well as sweet and savory treats, which Zu-hyung beams about. Injeolmi Pandoro, an Onion favorite, is a pillowy soft Korean rice cake topped with powdered sugar resembling the snow-capped tip of Mount Balwangsan. As soon as fork cuts through cake, an avalanche of sucrose that would satisfy the most haunting sweet tooth tumbles down into oblivion. Other mouth-watering delicacies include the seaweed fulvescens, gamtae with honey and the media-worthy Bread 05 Bakery butter bread. 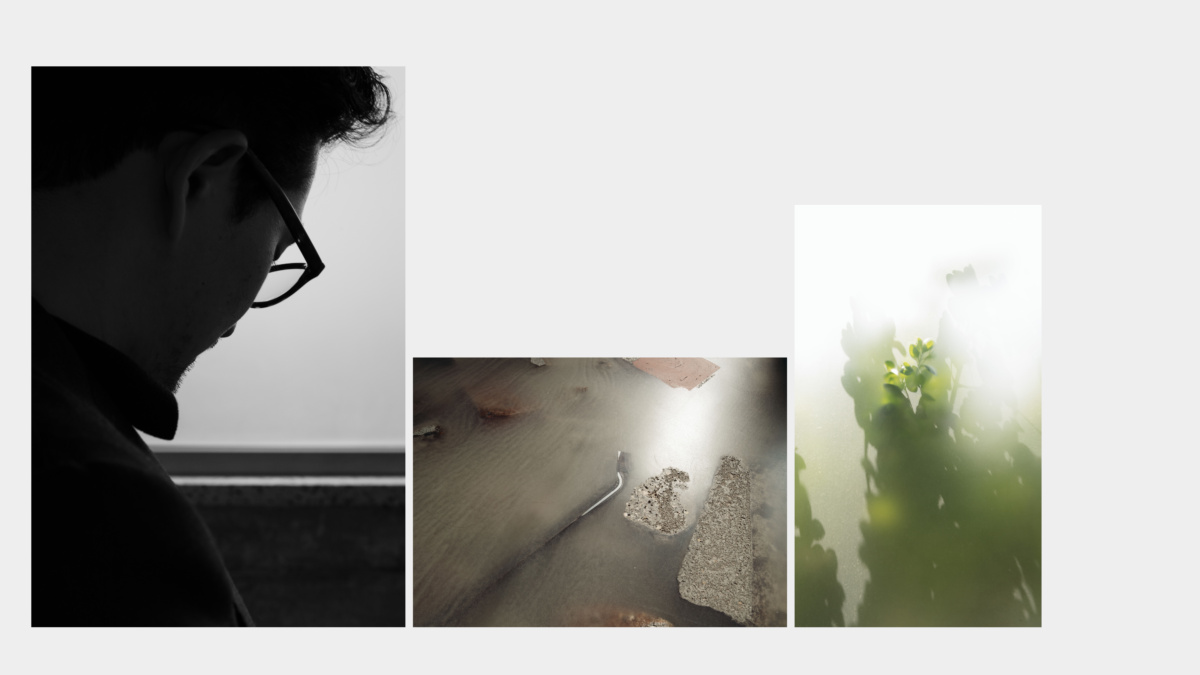 When asked about his vision for Onion, Zu-hyung’s shoots for overseas expansion and the international market, particularly in China. He would like more and more Korean companies to pave their way outside of the country and aims for Onion to be one of them.

Other must visit cafés in Seoul include Saem Cafe, Cafe Oriente, Felt Coffee, Yyyyynnn Cafe Etcetera Cafe and Waveon Coffee which read more like gorgeous minimalist homes designed by star architects. The roster of architecture firms behind these spaces include Labotory Architects, WGNB, Studio Unravel and IDMM Architects. The end result is open spaces and neutral color palettes that channel calm and tranquility. 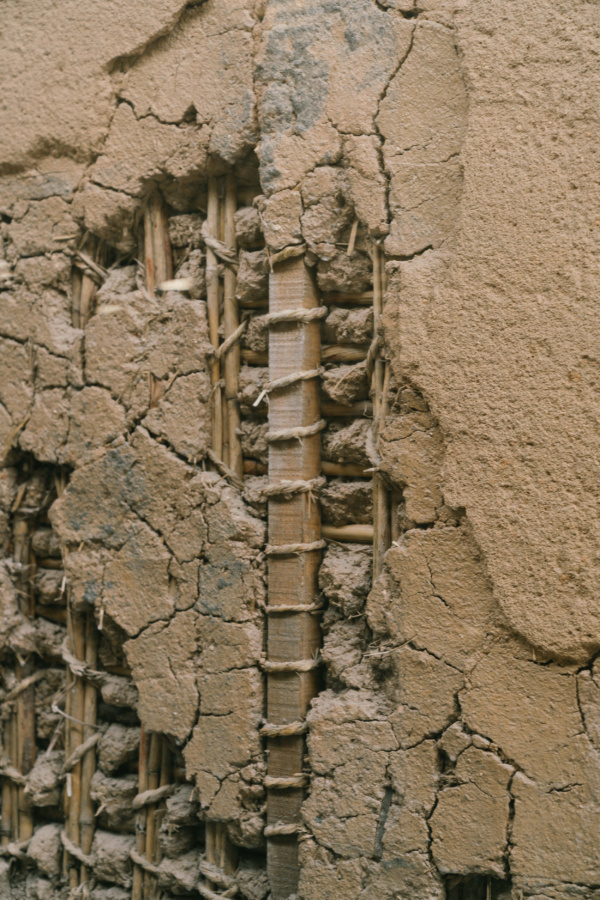 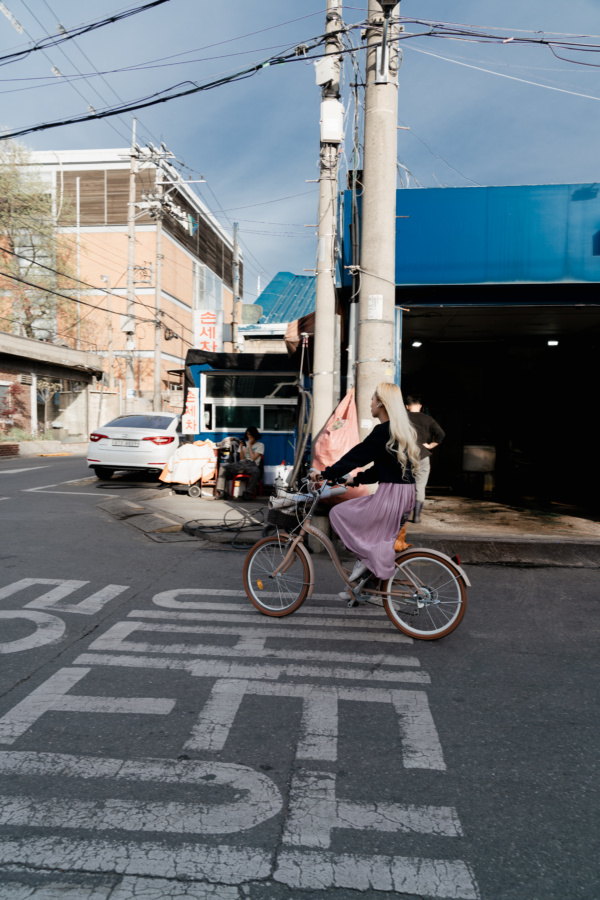 Word on the street has it that Seoul has some of the friendliest baristas around, but these terse tips might make your life just a little bit easier if you find yourself in South Korea. 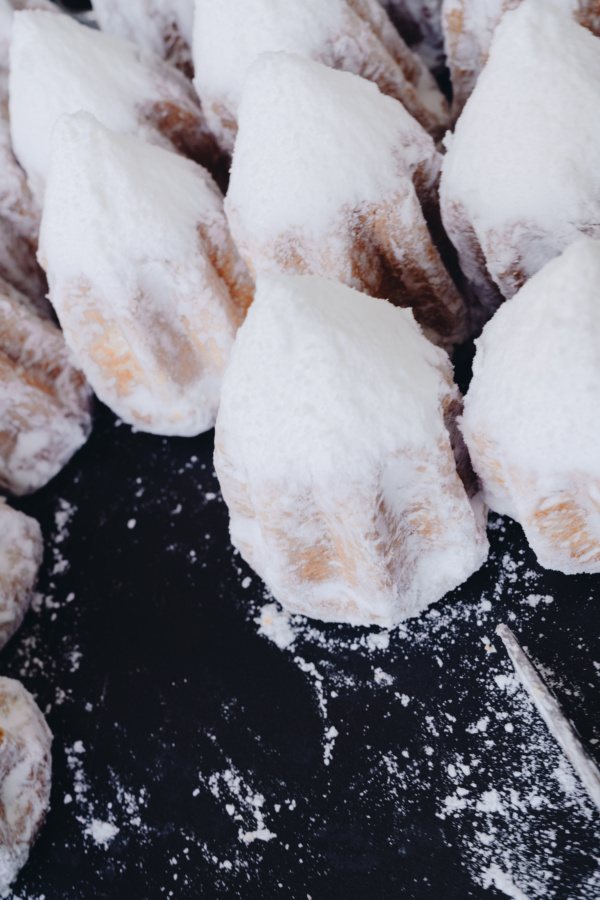 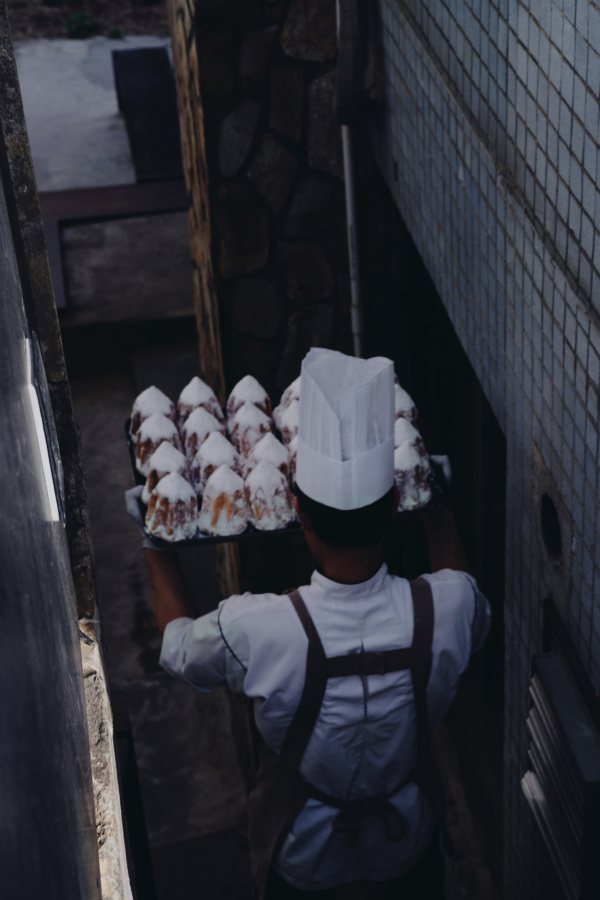 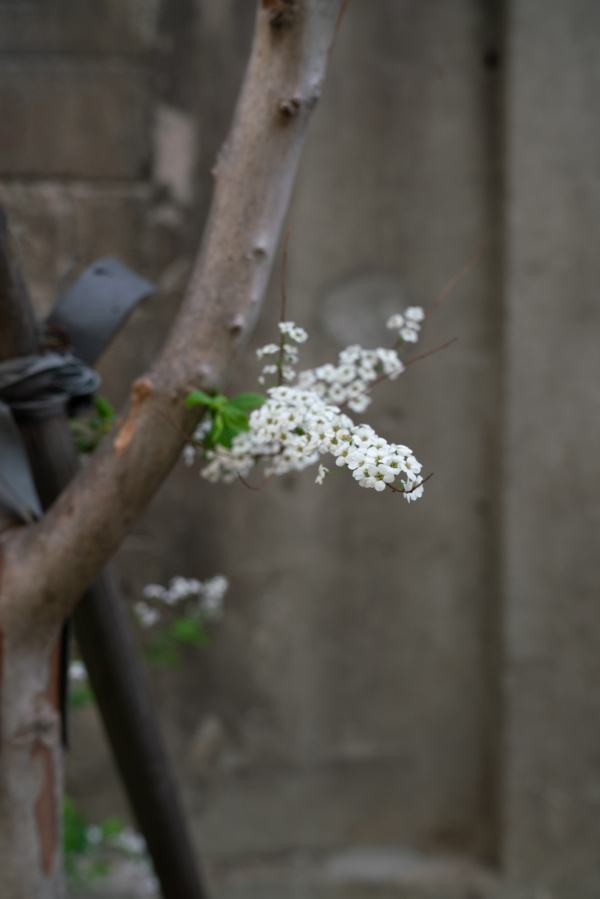 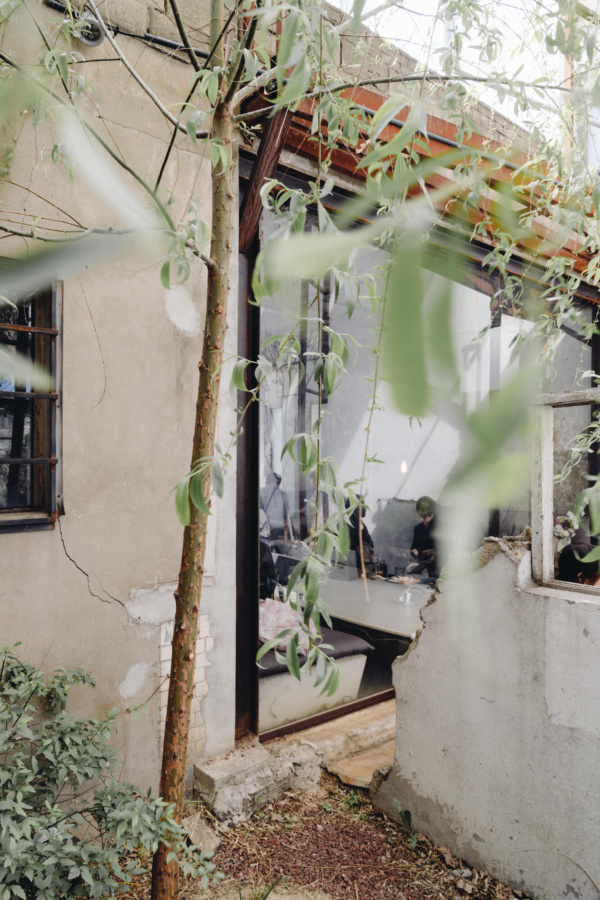