RENI AND ROME AT GALLERIA BORGHESE

Centered around Reni’s coveted painting Country Dance (c. 1605), which re-entered Galleria Borghese’s collection about two years ago, Guido Remi and Rome’s Nature and Devotion aims to reconstruct the first years of the artist’s stay in Rome through a tour of over 30 of his greatest artworks.

Renowned for his elegant interpretations of religious and mythological scenes, Guido Reni was a seventeenth-century Italian painter whose style was emulated by countless artists across Europe. Fusing elements of classical idealism with close observation of the natural world, during the height of his career, his style was recognizable as one that tempered Baroque exuberance and complexity with classical restraint through his use of a bright palette and refined brushwork.
Born in Bologna, a young Reni arrived in Rome – a city of comparisons and challenges for artists – at the beginning of the seventeenth-century, probably at the invitation of Cardinal Paolo Emilio Sfondrati whom he had met in Bologna during his early days as an artist. It was during this time that he was asked by various cardinals to execute a series of works centered around religious subjects. Thus began for Reni, who remained in Rome until 1614, when he returned to Bologna, a period of passionate experimentation and insistent comparison to Caravaggio. 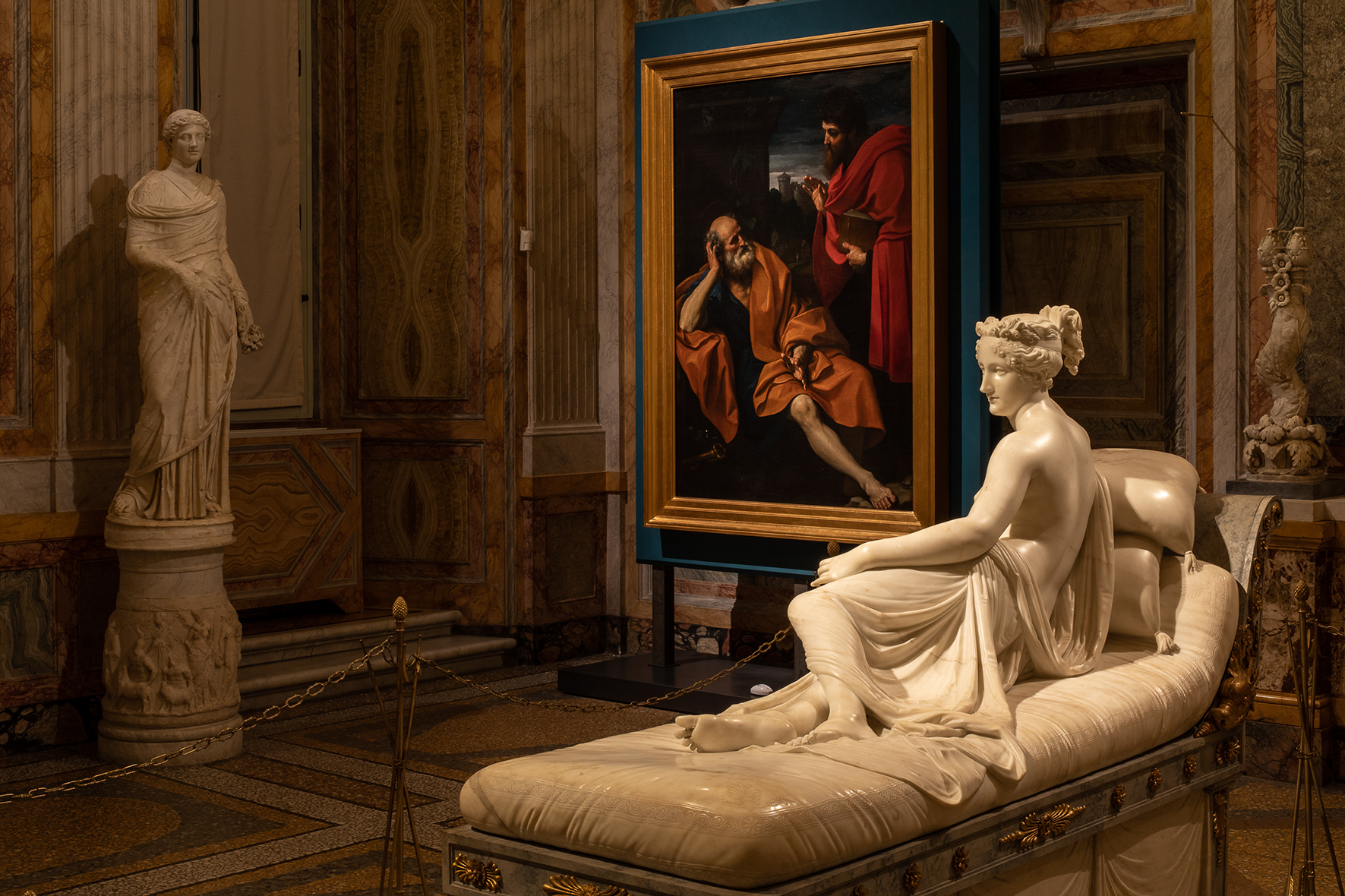 What supernatural virtue?
These skills are acquired by incessant study and persistent hard work: they are not found by chance, nor are they inherited in one’s sleep.
I have studied more than others have done by denying myself even to the point of exhaustion the necessary rest at night.

The reacquisition of Country Dance ​​– a landscape which was previously in the collection of Scipione Borghese, and a novelty among the painter’s works – is what inspired Director Francesca Cappelletti to bring this exhibition to life. The painting was created during Reni’s stay in Rome, which critics say was crucial in informing many of his great masterpieces. The selected works highlight his passion for the Renaissance, antiquity, and landscape painting in particular, shown alongside works by masters, colleagues, associates and friends with whom the artist shared his early days in Rome.

“What supernatural virtue? These skills are acquired by incessant study and persistent hard work: they are not found by chance, nor are they inherited in one’s sleep. [. . .] I have studied more than others have done by denying myself even to the point of exhaustion the necessary rest at night.”

The exhibition begins on the first floor with four monumental altarpieces – The Crucifixion of Saint Peter (1604 to 1605), The Trinity of Madonna of Loreto and the Patreon, Cardinal Antonio Maria Gallo (1603 to 1604), The Martyrdom of Saint Catherine of Alexandria (1606), and The Martyrdom of Saint Cecilia (1601) – that showcase a young Reni’s talent even before his aforementioned years in Rome. In adjoining rooms, works such as Massacre of the Innocents (1611) and Saint Paul Reproaches the Penitent Saint Peter (1609) show his appreciation and attraction to sculpture, as shown in the three-dimensional positioning of his subjects, and their facial expression that capture and preserve specific emotions.

On the second floor, the second part of the collection explores themes surrounding landscape painting and Remi’s highly regarded painting, Country Dance (c. 1605), which depicts peasants and aristocrats set in a clearing surrounded by mountains, where the horizon opens up into spectacular shades of blue. On display in the Lanfranco Room are works by fellow artists and landscape painters, Agostino Carracci, Carlo Saraceni, Nicolò dell’Abate, and Paul Brill, to supplement the work of Reni and highlight the importance of landscape painting during the first decade of the 17th century. 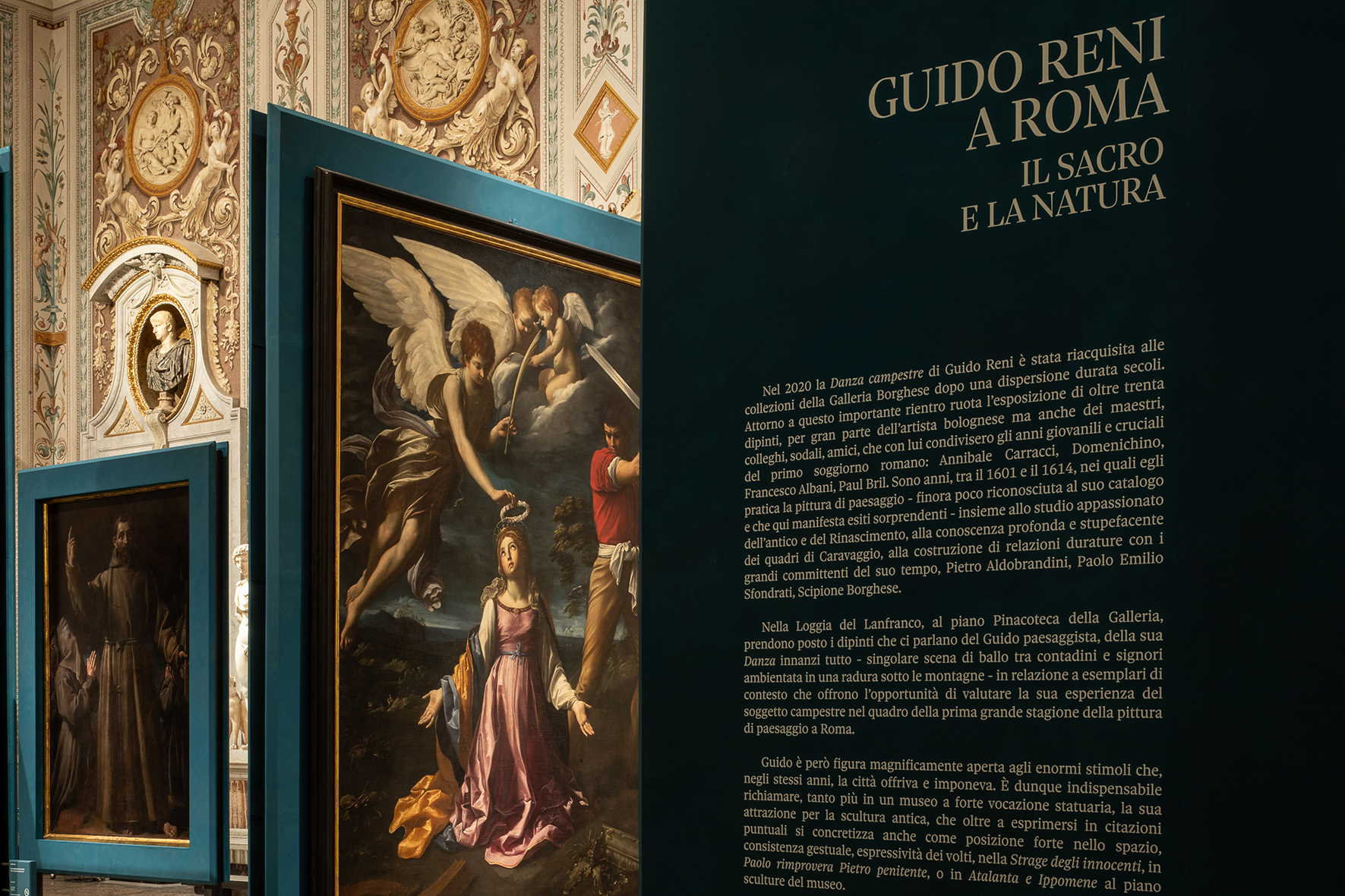 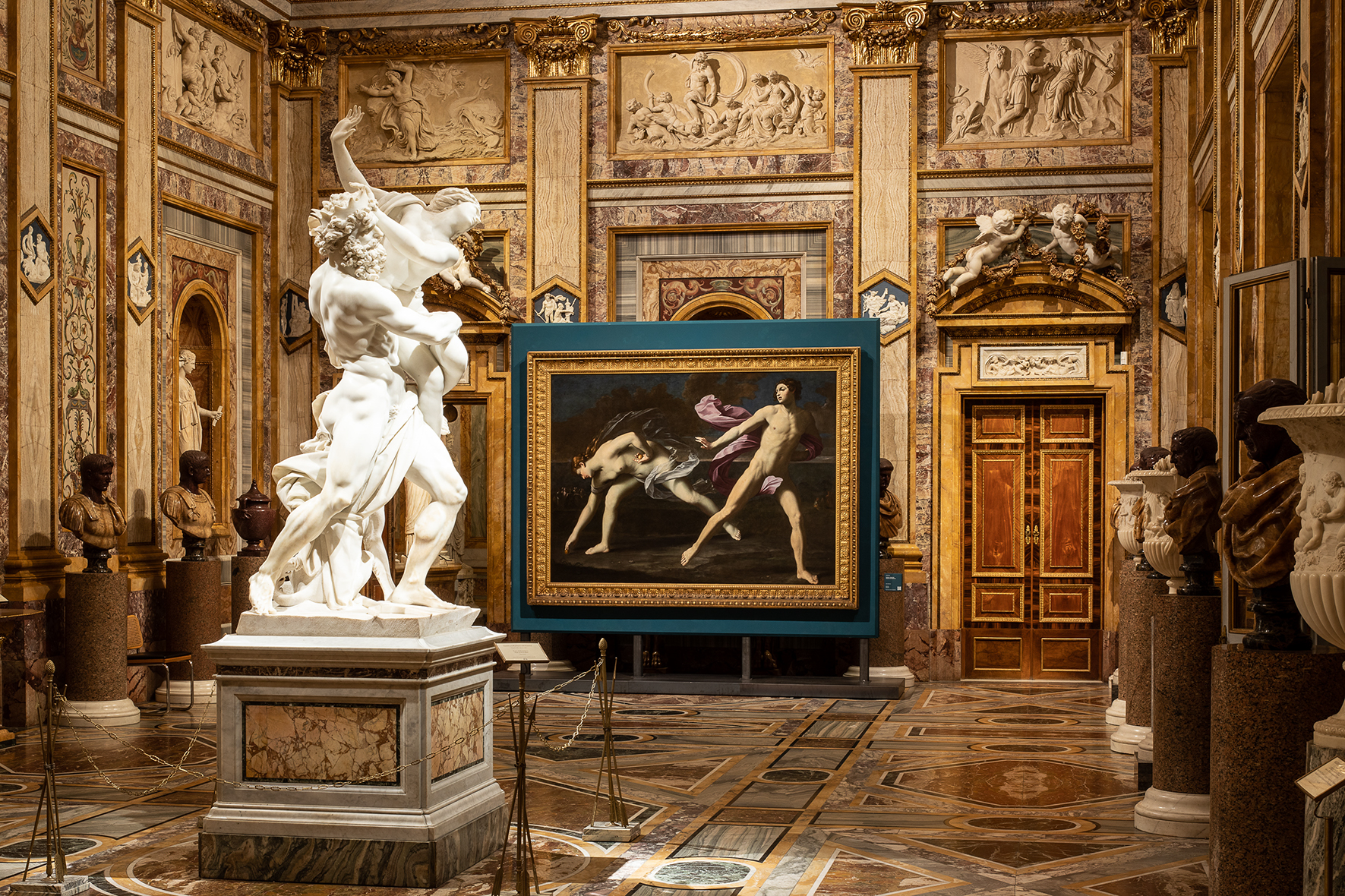 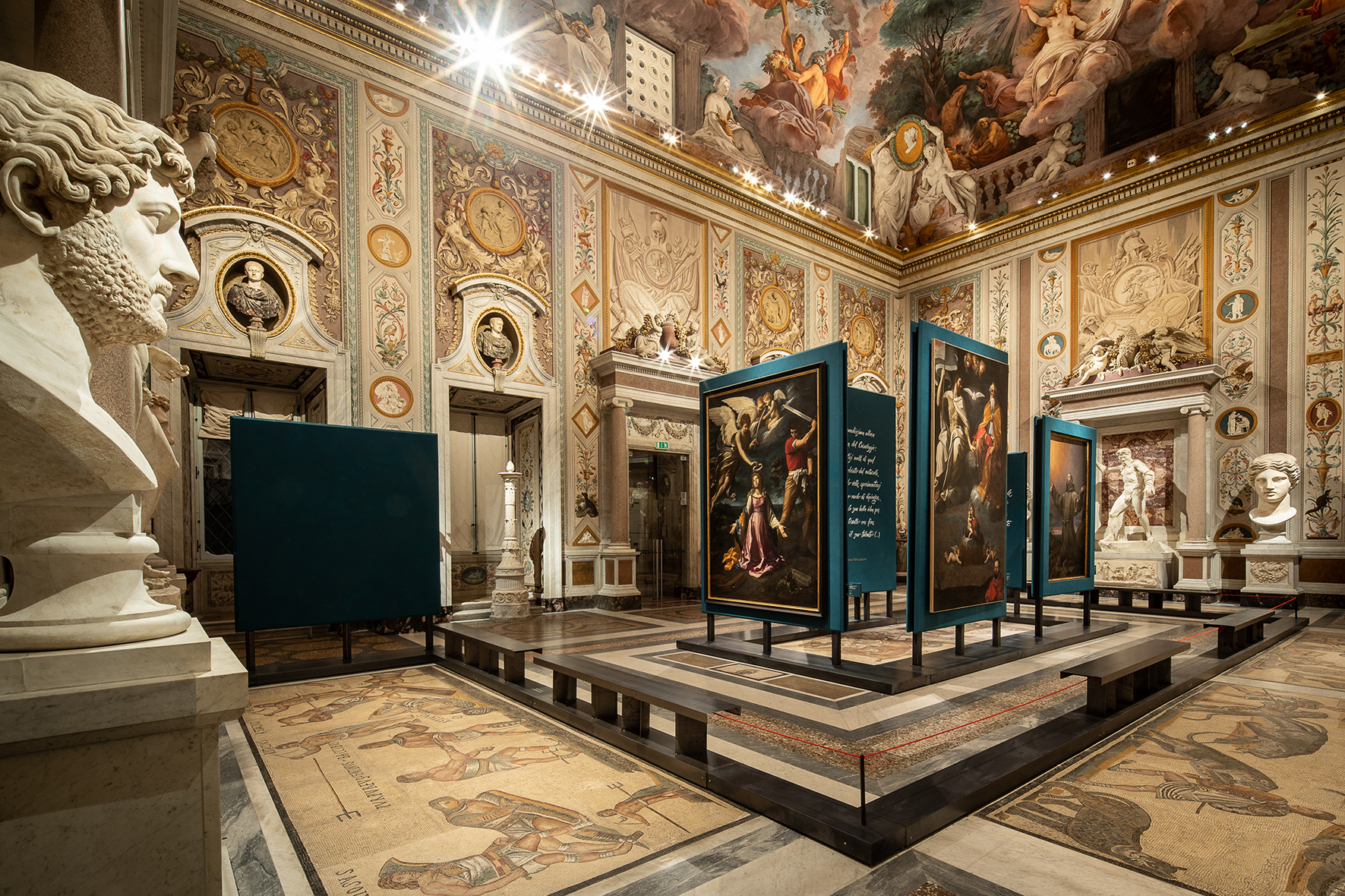 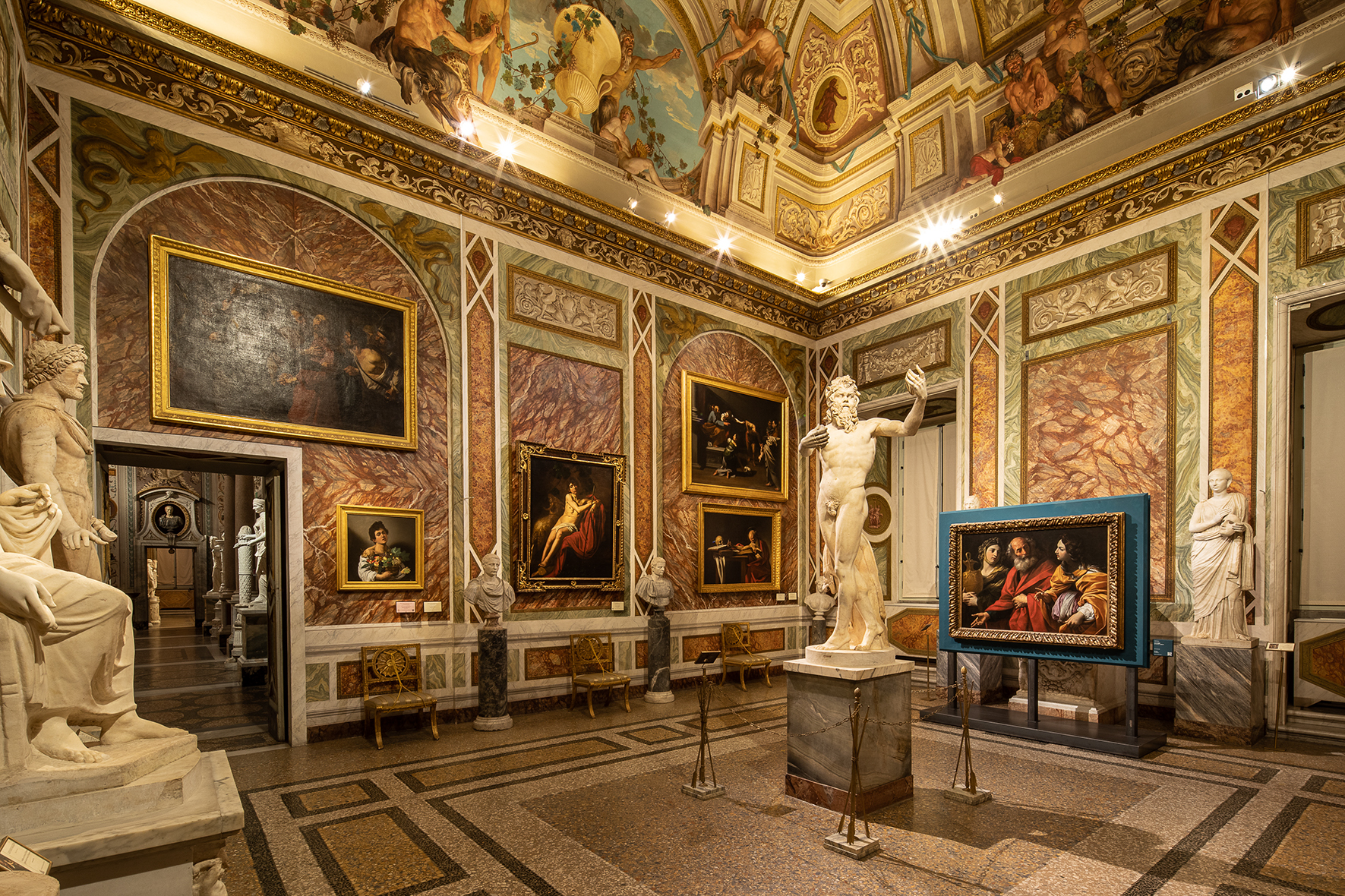 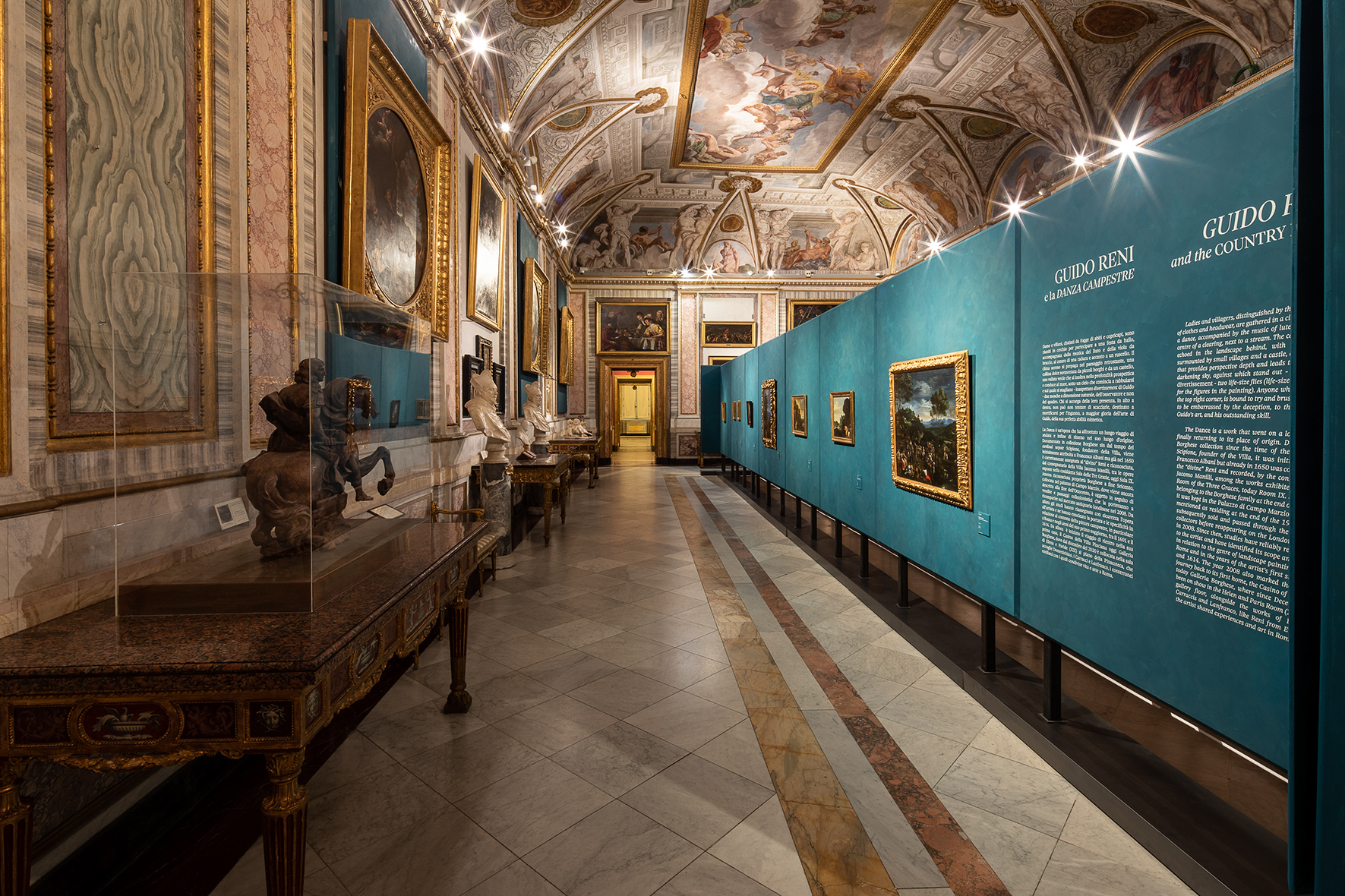 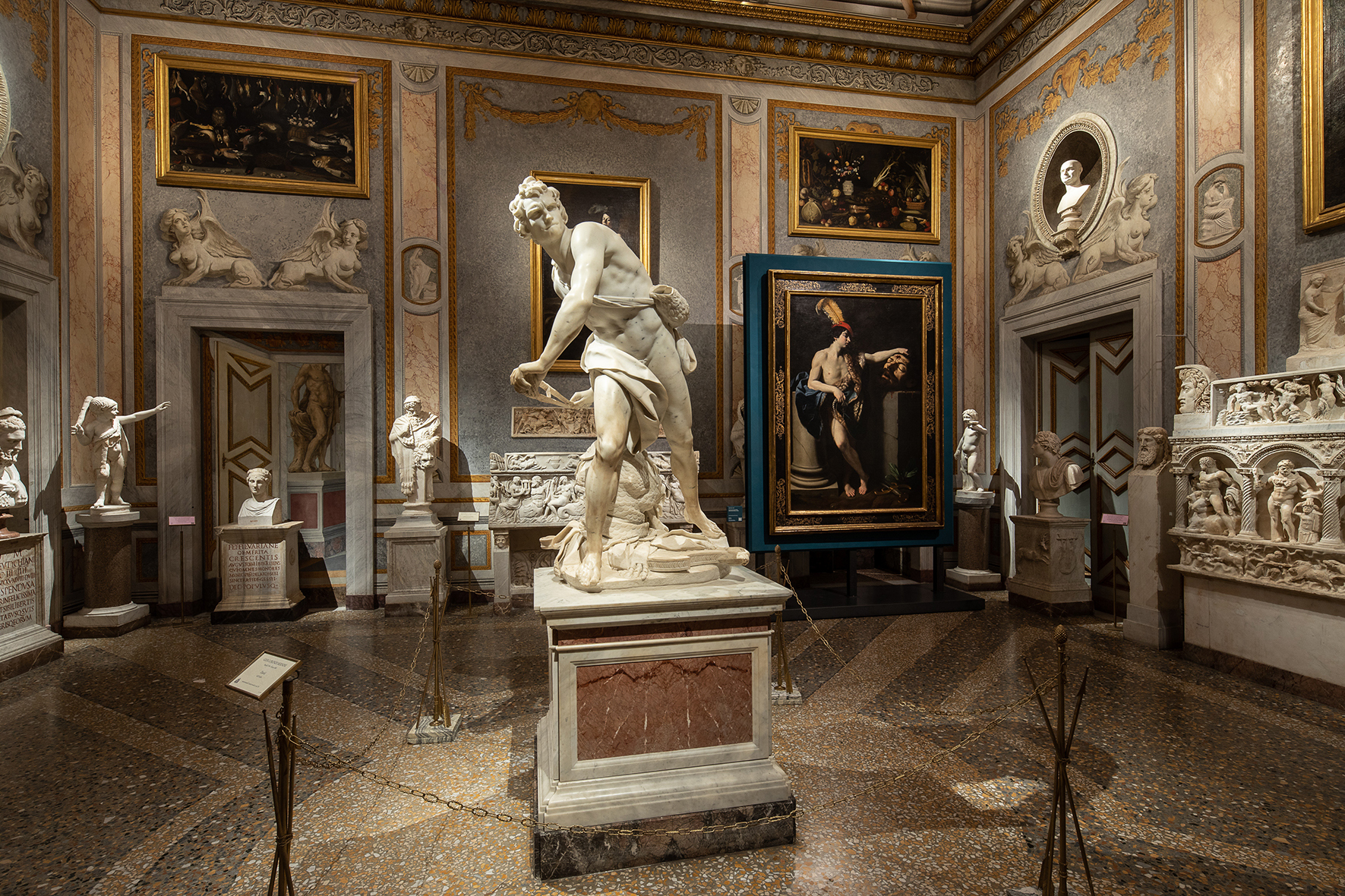 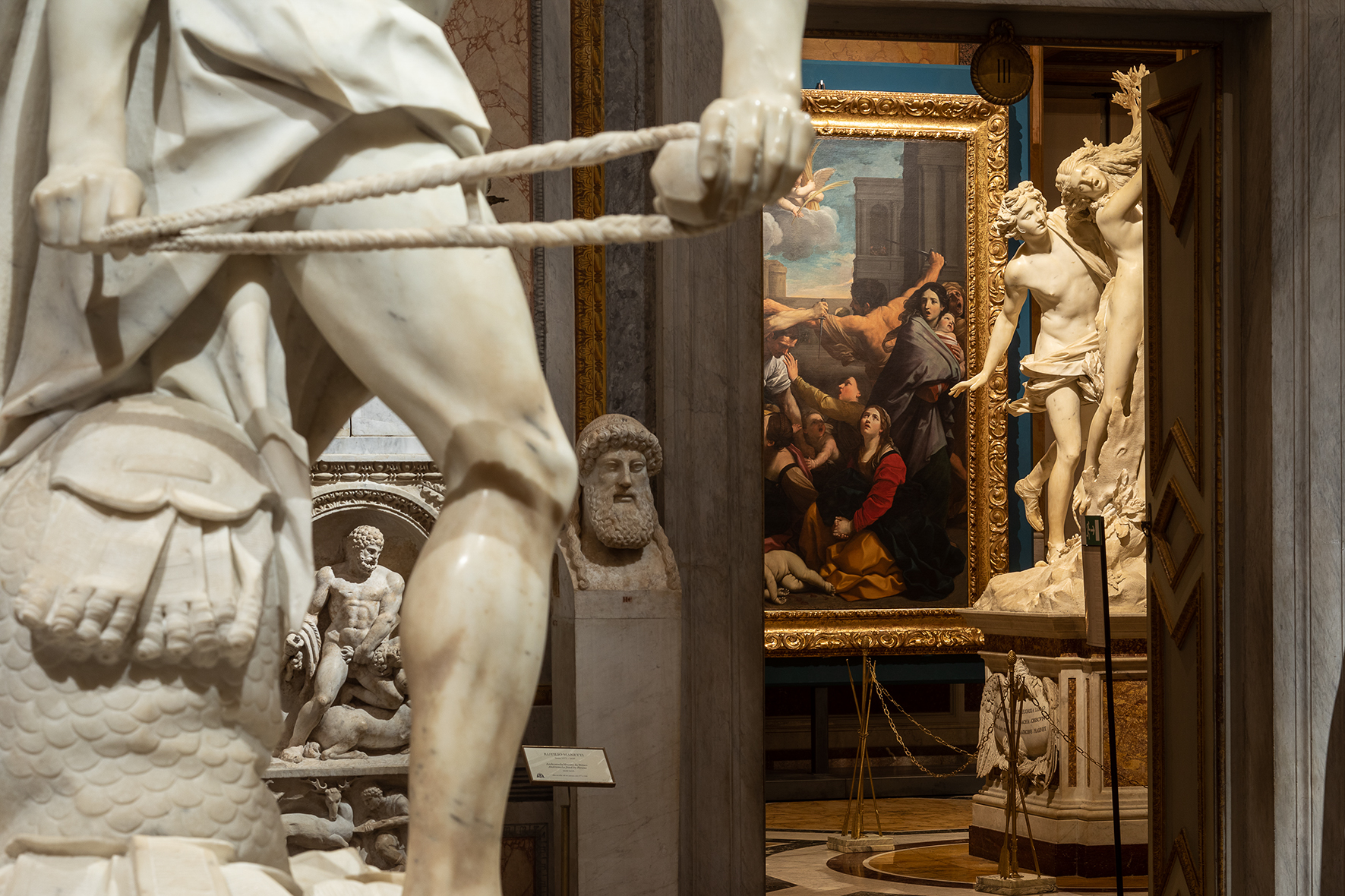 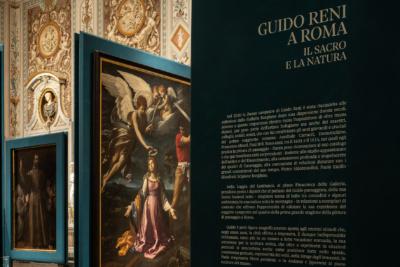 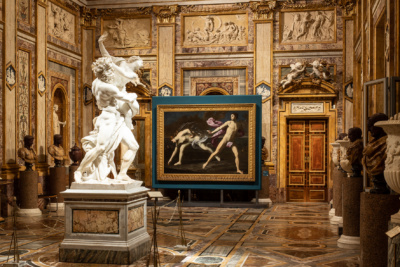 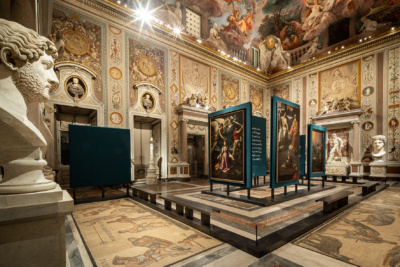 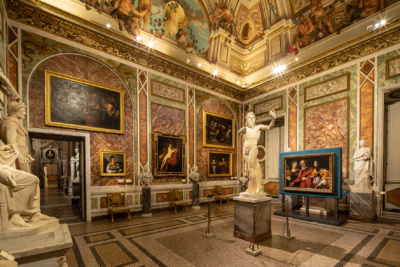 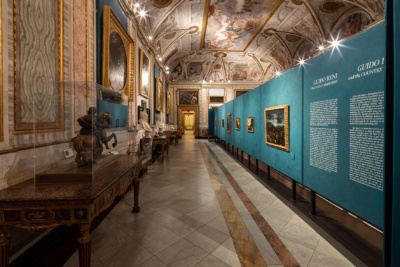 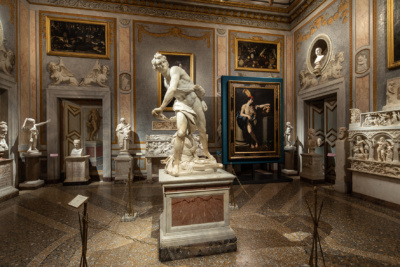 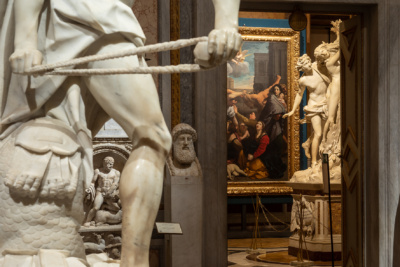 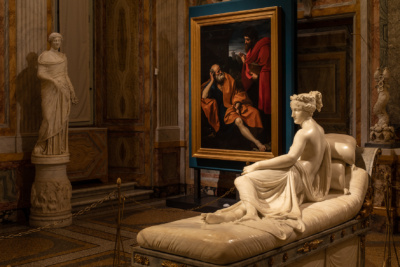